The Oregon State Fair has a history as rich as the soil of the Willamette Valley.

For 150 years, it has showcased not just our agricultural roots but our pioneering spirit, surviving roller-coaster attendance and merry-go-round leadership, even the devastation of two arson fires.

In 1967, just a month before opening day, one of those fires wiped out 40 percent of the exhibition space. But the event went on as scheduled, housed in tents donated by community groups and organizations.

The fair has been canceled just three times, once in 1905 because it would be competing for attendance with the Lewis and Clark Exposition in Portland and twice during World War II.

The Oregon State Fair Over the Last 30 Years

2013: The Legislature votes to convert the fair from a state agency into a public corporation.

2007: The 200-year-old grove of Oregon White Oaks across the street from the main fairgrounds is designated as an Oregon Heritage Tree site. The site has been a camping place since the early days of the fair, first for fairgoers and now for vendors.

2005: Management of the fair shifts to the Parks and Recreation Department.

2002: The Oregon State Fair Stadium and Poultry Building Ensemble are added to the National Register of Historic Places. The horse stadium was built in 1919 and is the oldest state building in continuous use. The poultry building was built in 1921 and is known for the “chicken head” relief sculptures that decorate the exterior. The grandstand is demolished.

2000: A hypnotist performs a public show in Oregon for the first time since 1905 due to a change in state law. Admission is $6 for adults.

1999: Legislature approves use of lottery-backed bonds for capital improvements on the fairgrounds.

1993: Legislature creates an independent public corporation to manage the fair. A chairlift is added as a ride for fairgoers, with an aerial route that bisects the fairgrounds north to south.

1990: Friendship Square develops into an eating and entertainment area. Fountain Plaza is built for professional entertainment. 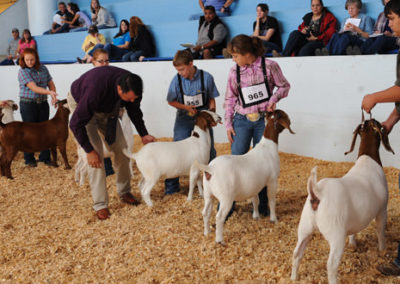 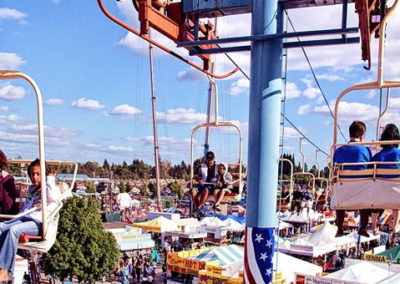 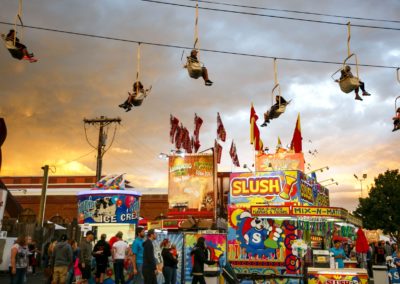 You can help preserve this great Oregon event and gathering space for future generations by becoming a Friend of the Fair!